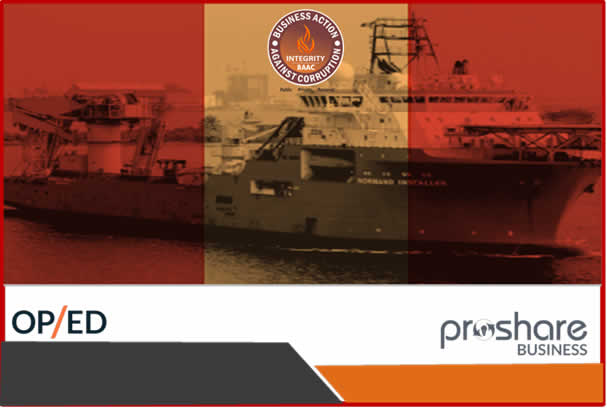 On the 18th of May 2016, the acting President Prof Yemi Osinbajo signed the executive order on the Ease of Doing Business in Nigeria. It contains far-reaching initiatives to be implemented by MDAs to ensure easier access to information, processes and documentation, as well as promote efficiency in public service delivery. The Executive order had five major planks namely:

With specific regard to Port Operations, there were 6 reform initiatives chief among which were:

Why was there special focus on the Ports? First because one of the index of measurement of the East of Doing Business report is "Trade across Borders", an indices that we rank 183 out of 190 countries and secondly because there is a strong correlation between trade and GDP. In a world were 80% of trade are sea borne, ports when well managed are enablers of national development. For instance, studies show that US ports contribute 20% to the US GDP (https://www.ttnews.com/articles/ports-shipping-industry-responsible-26-us-gdp-study-says).

Unfortunately, in Nigeria, we are unable to determine the contributions of the maritime industry to the GDP as it is not captured as a line item.

It is within this light that we examine the report of the survey by the Convention of Business Integrity (CBI) on operations at Nigerian Sea Ports and Terminals. The report allowed us to analyze from the port users perspective the feedback regarding the operational and governance effectiveness of the ports, professionalism of port officials, ethical conduct especially those bothering on corruption and in general the effectiveness of the ease of doing business reforms that have been put in place.

The report set out to establish the following:

The report established the following:

In summary, much against NPA's vision to be the leading Port Authority in Nigeria and its mission to deliver efficient port services in a safe, secure and customer friendly environment, the data actually suggest that the presence of operational challenges as enumerated above, create bureaucratic bottlenecks and incessant delays, that facilitate illegal charges and undermining of the Standard Operating Procedures.

According to the Lagos Chamber of Commerce and Industry (LCCI) and its private sector partners, these negative operational elements lead to huge revenue loss of as much as about N2.5 trillion in annual corporate revenue in the ports industry. While Capacity utilization stands at 38-40%, approximately 40% of businesses located around the ports communities have either relocated to other areas, scaled down operations or completely closed down.

There are so many things in this report to unpack. But in my analysis of the data, what I can deduce is the following:

It is necessary to acknowledge that under the current leadership of the Customs and the NPA, a lot of efforts have been put into making the processes seamless, payments cashless and ease of operational bottlenecks, but some of these efforts (like the increase of the rent-free period for cargoes stowed at the terminals from 3 to 21 free days and increase in the demurrage free period on return of empty containers from 5 days to 15 days) are temporary or palliatives at best. There is a need to have a full, integrated, comprehensive and structural approach to the problem.

For instance, if there is no solution to the infrastructural deficits in the port, there will no solution to the gridlock which in turn increases the cost of import (by up to 600%) and is the major enabler of the corruption that is seemingly acceptable in the ports. It doesn't matter how good and transparent your procedures are, if the operational facilities are inadequate, you will enable graft and also re-direct transactions to other more efficient ports in the region.

This is probably the reason why regardless of efforts to improve the ease of doing business, Nigeria is hardly increasing in the index. A lot needs to be done and all stakeholders must be on the table to carve out a lasting result. An efficient, effective and well functional port, will not only increase our ease of doing business, but it will also lead to higher government revenue and growth.  It is within this light that I look forward to the round-table discussions on "Service Delivery at the Nigerian Ports" taking place on Tuesday 8th of October 2019 in Lagos. Hopefully, this heralds the beginning of a long conversation on the way forward.