Lessons from an Ijebu Man 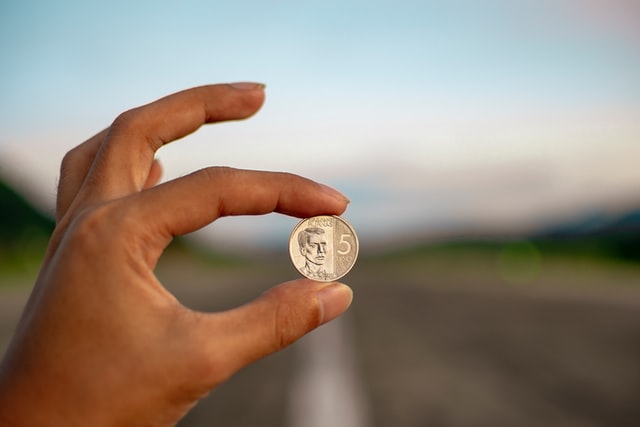 I come from a part of the country considered Ijebu territory, even though people from there don't like to be classified as Ijebus. They proudly like to be called Remo-ites with allegiance to the Akarigbo of Remo as against the Awujale of Ijebuland. But as far as language goes, we basically speak the same dialect of the Yoruba language.

People from my part of the country are known for being thrifty and very tight-fisted. In fact, it is usually joked that any Ijebu man that goes to read Economics in the university is only going to obtain a Master's Degree. His identity as an Ijebu man already automatically confers on him a bachelor's degree. Well, for those who get a kick out of profiling, I’m an Ijebu man who has a BSc in Economics and an MBA in Financial Management. I can't come more qualified for the conferment of Honorary Degree in "Financial Engineering"...did I hear someone whisper FIRS….(cheeky smile)

Okay! Introductions done. If there is one thing Ijebu people are known for apart from their ability to be thrifty, it is their love and devotion to organizing parties, most especially Funeral Parties. I have never met a set of people in my life that genuinely love to organize parties. An Ijebu man would not mind going bankrupt or hungry just so he could have the bragging right for organizing the grandest party in the community. It's really one of the cultural Ironies that the same people that are reputed to be very tight-fisted do not spare any expense to organize the biggest parties.

To show how serious they are about this, there is an entire industry that functions around organizing parties in Ijebu land. You have the "Aso-Ebi" sellers, who constantly supply party organizers with different grades of textile that can be cheaply bought and quite easily sewed. You then have the rentals who provide canopies with tables, chairs and plastic drums to ice drinks. You will also need the musicians equipped with some ear-piercing loudspeakers and musical instruments to play Fuji, Juju and high life music all combined. You will need to engage a caterer to provide the food or if you can't afford one, an "alase" is very much available to fill the gap. The drink suppliers work hand in hand with them. Let's not forget the money changers who will readily transform your meagre N1,000 note to 200 units of N5.00. All these players pull together to make up the "Party Industry" of Ijebu land.

Now, this article is not particularly targeted at Ijebu people. The main point is to analyze the particular behaviour of people who think in similar lines. I’m talking of those who are practically ready to go bankrupt because of a social need to measure up to societal expectation either as it relates to the funeral of a loved one or the celebration of a significant event in their lives or a close relation. I know of a friend who borrowed N3m of his future earnings from his employers to bury his mother. The repayment period was to be for 24 months. What even strikes me as odd is that some banks are selling consumer finance products that allow customers to borrow to organize parties and funerals.

I know we have rich traditions and culture around the treatment of the dead, especially when they die old. But it never ceases to amaze me how we are willing to improverish the living to bury the dead. I have had friends come to me to borrow money to organize a burial and the single most significant expense item on the burial list is not the funeral ceremony but the after-party. I recall vividly the burial of a close relation in which I was very much involved in funding. Everything went along with the script as expected until a fight broke out among some of the guests over — guess what? — Beer. For some reason, the guy in charge of the beer drum was discriminating over the distribution, and someone felt that breaking his head with a bottle was an appropriate way of showing his displeasure. I called my brothers, pointed at the scene unfolding behind me and said, "see your money in action".

Let me leave you with three thoughts you should always have in mind when deciding whether to make that "party expense".

1. Never Borrow to Consume. Borrow to invest. Whenever faced with the option to borrow to spend on a consumption item like a party, always exercise the discipline to say No. If you can't fund that party from your excess and savings, then you probably shouldn't be organizing one in the first place. It’s that simple.

2. Be willing to create your own tradition, especially when the present one doesn't make rational sense. Not everything traditional is sacred. There was a time we were killing twins and Ogbanjes in this country because it was the tradition to do so. Traditions are rules set up by men. Nothing stops you from creating your own tradition. If you are convinced that the best way to honour your departed loved one is to set up a scholarship in a school instead of organizing a party, so be it. The heavens will not fall if you do.

3. Think quality and not quantity. Many people think it is African to have loads of people around you while it is western to only gather a few. No, it’s not Western, It's being smart. Why organize a wedding where 1000 people attend, 950 of which you do not know, 400 of which couldn't get anything to eat because no one attended to them and 10 of which you could only speak to because the music was so freaking loud. How about organizing one for just the 50 in a setting where you can spoil them with the best of culinary delight, speak to them because the music is soft and none will go home complaining that they didn't eat. Sound like a good idea?

I guess what I’m trying to say is that even your party needs a plan. Budget for contingencies and, in the worst-case scenario, if you are to fund a party, do it from your contingency account. Like the Irish proverb said "A wiseman plants but a fool eats his last potato". Don't be a fool.