How to Start Giving Strategically 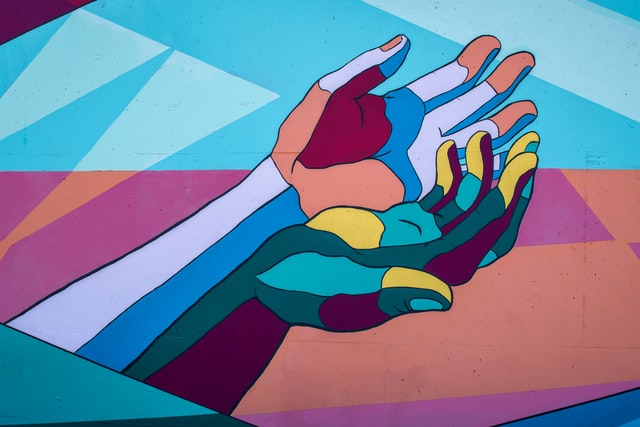 At the university, there was a particular class I always looked forward to. It was the course titled “Applied Economics”. Not because it was easy, but more because of the way Prof Mrs. Osoba took the class. There was no note-taking but a 100% interactive session. On one of those days, she asked a question. “How do you increase your income?” One of my close friends, Femi, raised his, and when acknowledged, he calmly stood up and answered, “By paying your tithes”. The class erupted in laughter. Prof. Osoba with a cheeky smile on her face, thanked Femi for his answer and proceeded to ask the class if anybody else had any other suggestions. Femi may have scored an “F” for his suggestion in an economics class, but in my books, he scored a Capital A for courage.

Every major religion in the world has provisions for giving and receiving in return. The Bible records in Luke 6:38 “Give, and it will be given to you. A good measure, pressed down, shaken together and running over, will be poured into your lap. For with the measure you use, it will be measured to you”. In Islam, it is called the Zakat - [2:274] “Those who give to charity night and day, secretly and publicly, receive their recompense from their Lord; they will have nothing to fear, nor will they grieve” I like the way Late Chief MKO Abiola puts it. When asked why he was fond of giving, he said he gave because “the hand of the person giving is always on top of the person receiving”. Very deep and profound.

Giving is a subject you don’t need to teach to an African. By the very nature of our community-style society, there is the tendency that you are already giving of your resources to pay someone’s school fees, provide food for someone in need, provide accommodation for close friends and relatives or just bailing someone out of a difficult situation. In Africa, giving is what we do. We don’t need to be taught that by religion. Having said this, it’s important to note that while giving is one thing, “Giving Right’ is a different subject altogether. It is possible to give for the wrong reasons and it is also possible to give and feel like you have not made any impact at all.

A few years ago, I could confidently say, I fell into the category of those who gave but never really felt like they were giving. Somehow it always felt like we (my wife and i) were not giving enough and when we did give, it didn’t really look like we had given anything at all. In 2009, we decided to try something else. We decided to track every giving we did for the entire year and calculate the total figure. The result was an eye-opener. At the end of the year, we discovered we had given over 20% of our annual income in one shape or form. The total figure was mind-boggling yet it never felt like we were giving anything. We decided to change our approach to giving altogether from a sporadic approach to a strategic approach. Since we already were giving 20% of annual income, we decided to adopt that rate as our annual budget for giving. This meant that we already knew in advance how much we were going to commit to giving since we had a fairly good idea of what our annual income looked like.

The result was so profound, as we did not only feel fulfilled with our giving, we also were able to monitor and see its impact on the lives of those we gave to. Below are a few suggestions of how to give strategically.

1.     Decide in advance how much you are committing – As I said earlier, it helps to be able to decide early on when you are preparing your budget the percentage of your annual income that you are willing to commit to charity and benevolence. This helps you to plan way ahead of time since you know have a fair idea of the amount of money that will be available to you.

2.     Decide on a major cause to focus on – The world is never short of a cause. Whether it’s concerning poverty eradication, disease control, health care, national disaster, education. Name it. Decide ahead of time what you would want to focus on this year. It could change next year but decide this year what is your focus. If you decide to focus on education, then it means you will be available to help those in need of paying schools and school provisions. There is no limit to what you choose. You can decide to focus on one item or you can decide to focus on three items. It’s your choice. The bottom line is you are focused on a few items rather than everything.

3.     Allocate an amount to the cause you have chosen – Once you have decided what to focus on, make sure you allocate an amount in your budget for it. It helps to be able to know ahead of time that you have X amount of money budgeted for XYZ purposes, rather than having to imagine that you are probably giving too much or too little.

4.     Identify a credible organization supporting that cause – There is no need to re-invent the wheel. Why try to give directly to support IDPs in the North East when there are already organizations in place already doing the same thing. Identify these organizations and partner with them so that you can enjoy the power of synergy. Not many have heard of the “Dust Bin Estate” In Ajejunle and the work of organizations such as LOTS Charity organization ran by Tolulope Sangosanya (@dustbinestate) who is working day and night to help poor people have a decent life. I met her once at an event organized by Toyin Olakanpo (@toyin01) and she spoke so eloquently and passionately about her work with the dustbin estate that it left a lasting impression on me. You want to give to the poor? Support organizations like hers.

5.     Tie giving to a positive goal and outcome – My Pastor tells me that when I give to God, I should tie it to a need in my life. It’s the same principle that works with CSR. Today most companies understand that CSR is not a philanthropic or community development activity, it is actually one that can add to the bottom line. And they do it with this realization. That is why you will see a signboard beside a new modified round-about saying “Beautification done by XYZ Bank”. This is one area churches need to improve on. A lot of them are doing loads of community development work, but because people do not know they do them, they are criticized for not doing exactly what they have been committing resources to do. In reality, most people give by compulsion or to get rid of someone asking and not really because they expect to achieve any definite thing. Next time you help that relative to pay their school fees, include a condition for him/her to top their class. Before giving, you should ask yourself “Why am I giving?” and “What do I intend to gain from this?”

6.     Demand Accountability - Next time you give to that organization based on their advertised objectives, exercise your right to ask them to give you a report of how they have spent it. Local NGOs that get funding from international funders like USAID and DFID know the money they get is not free but that at the end, they would have to give an account of how they spent it. Which they usually do otherwise they would not get additional funding. Exercise your right to demand for accountability. If you gave to any NGO, the law gives you that right to demand accountability. The law equally requires that NGO to account for how they have spent the monies received and in some cases organize an AGM. So next time you give out money whether to individuals or organizations, demand accountability. If possible, set bench-marks and deliverables. If you assisted someone to start their business, one benchmark could be to get a report not later than 1 year later on how the business has grown. I like the way the American Scholar, Brene Brown (@breneBrown) puts it. She says “When we fail to set boundaries and hold people accountable, we feel used and mistreated. This is why we sometimes attack who they are, which is far more hurtful than addressing a behaviour or a choice.” If you are not holding people accountable, then something is wrong.

When we do any or all of these suggestions, we put ourselves in the driver’s seat of our giving. The truth is that a lot of us are giving in one shape or form but it is barely making any significant impact in society. It’s time to stop giving sporadically and start giving Smart. It is time to give strategically.