How To Make Housing Unaffordable: Pass A National Housing Fund Act Without Amending The Land Use Act 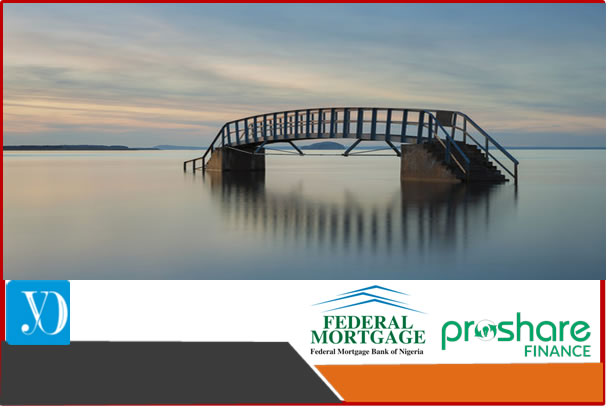 Three days ago, news broke that the National Assembly has passed the National Housing Bill 2018 and that it was awaiting presidential assent. While the news made it to the pages of websites such as Proshare.com NASS Passes New Housing Law, To Impose Over 200% of Personal Income Tax on Low Income Earners, and the business pages of a few newspapers, I noticed that it barely made a mention on social media.PwC was quick to come out with a one-page review on the highlights of the bill and why they think it was a bad idea.

To PwC’s credit, they have been following up on this bill since debates started in both chambers of the National Assembly.  For a bill of such significance on workers and employers of labour, it was quite surprising that it has not dominating public discourse, especially in an election year. A few comments on social media showed clearly that many either didn’t understand the bill and its ramifications or exhibited apathy over a subject that was critical to wealth management.

Thus, the need to break down the developments for the Nigerian workers and housing stakeholders in a way that delivers a clearer understanding of the bill and its full import, has compelled this article.

The bill, sponsored by Senator Ahmed Lawan, has the primary aim of mobilizing additional funding for the financing of housing projects in Nigeria just as is the case with the NHF Act 1992.

The major highlights of the bill are as follows:

Who manages the fund?

The Federal Mortgage Bank of Nigeria

How do contributors access the fund and is it limited to contribution?

A contributor interested in obtaining the NHF loan applies through a registered and duly accredited Mortgage Loan Originator (PMB), who packages and forwards the application to the FMBN. The loan amount is determined by the applicant’s affordability and not the 2.5% of income contributed.

If the NHF Act has been in existence since 1992 and the provisions of the law was mandatory how come it was not fully implemented?

The NHF scheme was set up by the NHF Act No.3 of 1992, to provide a pool of fund that will cater to the housing needs of the low and medium income earners, and it was mandatory for employees to contribute 2.5% of their monthly income to benefit from it.

However, there were several reasons why the scheme was never fully implemented, viz:

“Without abrogating the land use act, housing can never become affordable in a million years in Nigeria. Freehold property rights is a pre requisite for accessing affordable 30yr mortgages which is necessary for cheap housing” - Kola Ibrahim‏ @alpontif

What has the NHF achieved since inception?

According to the Federal Mortgage Bank of Nigeria (FMBN) Managing Director, Ahmed Dangiwa, the NHF since inception (i.e. 27 years ago), has disbursed a total of N193.4 Billion in loans to about 23,000 beneficiaries and made refunds to about 230,000 retirees.

While a significant part of the fund has been accessed by developers resulting in thousands of housing units constructed, it must also be noted that the fund has been most active in recent years due to increased collaborations with Labour, States and the Organised Private Sector (OPS).

Challenges of the NHF 2018 Recently Passed by NASS

PriceWaterhouseCoopers (PwC) recently posted ten (10) reasons why the bill in its present form is a bad idea. Permit me to highlight seven (7) of them for specific reference.

This bill (as is) is clearly an attempt by the National Assembly to mobilize more funding for the NHF which in 27 years has not been able to mobilize much in terms of finance. That is clearly understood.

However, the challenges of housing, goes beyond just funding. First, there are systemic challenges around property rights for example that needs to be resolved. If this is not fixed, contributors cannot access loans and the funds will just be another big government effort to trap people’s money until they retire or worse die.

Secondly, I am of the opinion that perhaps the emphasis should be more about ensuring that banks and insurance companies comply with the law as it currently is rather than enacting another law that will most likely be defaulted. For instance, the Central Bank of Nigeria (CBN), and the NAICOM statistics indicated that between 2008 and 2017, total loans and advances by deposit money banks and non-life and life funds from insurance companies amounted to over N100 trillion. At 10% investment of their loan advances and non-life and life insurance with the NHF, about N10 trillion should have been invested in the fund by the banks and insurance companies over the period. Can we strive to achieve this first before increasing the burden of contribution on workers?

It is telling that the fund has refunded more to retirees than it has actually granted loans to contributors.

Without an integrated solution, plan and strategy in place, (which must also include increased funding), we would simply be increasingly the burden on workers.

In trying to solve one problem (the lack of adequate funding), we should not in the process create additional problems for the Nigeria worker and corporate entities (the cobra effect).

This bill, in my opinion, should not be signed into law in its present form. The President should send it back to the NASS for further review and more stakeholders input to deliver on the practical objectives.