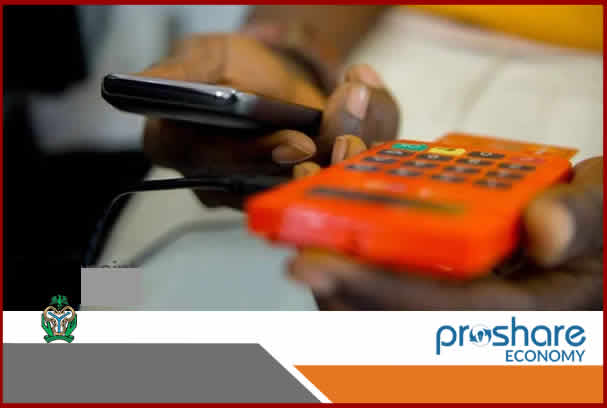 If you have been on social media for the past 48 hours, you would have thought a national emergency the scale of a hurricane has just occurred. This is on back of the reaction of Nigerians to the publication of the circular by the CBN to deposit money banks that they should begin the implementation of the processing charge on lodgments alongside the existing processing charge on withdrawals within 24 hours.

After taking some time to observe the reactions online and seeing the gross misrepresentations of facts and lack of understanding of the issues, I concluded that Nigerians actually are good at majoring on the minor while avoiding totally the weightier matters. Nigerians have been so focused on the CBN charge on deposits when in reality they should have been more focused on the additional tax they will now have to incur on electronic transactions. On the 17th September 2019, the Central Bank of Nigeria (CBN) released two circulars. The first circular was titled "Re: Implementation of the Cash Policy". This was the one generating the heated debate online. Somehow it was lost on many that the use of the abbreviation "re" which means "with regards to" presupposes that this was just the continuation of an existing regulatory conversation. Well, as I came to find out much later many of those screaming online were yet to see the actual CBN circular or read it. Their reactions were based on what their favourite social media influencers were saying about the policy.

The second one was titled "Review of Process For Merchants Collections on Electronic Payment". Now, this, in my opinion, was the real deal. The circular prescribed two regulatory reviews.

What does this mean in a nutshell?

With non-cash transactions totalling over 1 trillion transactions in 2018, 26% of which are POS transactions valued at over N2.3 Trillion, you get the idea that the FG is trying to increase its revenue base.

The second regulation reduces the cost of Merchant Service Charge (MSC) from 0.75% to 0.50% with a cap of N1,000.00 down from N1,200.00. What this means is that merchants will be charged 33% less on their POS transactions than they used to. Looks nice right? Yes, but when matched with the first regulation on the unbundling of transactions it does not look that nice. In fact, it seems counterproductive. Allow me to explain what I mean.

It will look to some that while the government is enforcing tax on individual transactions, it is also reducing processing cost for merchants. But do the math. The Stamp Duty will be applied on every individual transaction above N1,000.00 So imagine I buy an item worth N1,000.00 I would have to pay to the government an additional N50 as stamp duty. While this charge will be debited to the Merchant, it is safe to assume that the merchant will pass that cost to me the customer. On the other side, the charge the merchant will pay on the N1,000 will reduce from N7.50 to N5.00 (excluding VAT).

In other words, while the merchant has saved N2.50 on my purchase, I will have to cough out N50 extra on mine. Of course, if you're buying something more expensive like N50,000 worth of items, you probably would not mind paying the N50 (while the merchant will have to cough out N250.00 instead of N375). But regardless, seeing that the majority of online transactions will probably fall within the lower end of the value curve, this might actually end up discouraging people from using their cards. A decision to use an alternative payment channel will not stop the charge. As long as Stamp Duty will be charged to the merchant for individual transactions, the merchant will seek to transfer that charge to the customer. In other words, the customer will pay more.

So in my opinion, this is the one issue that should be dominating conversations and not the implementation of another element of a cashless policy that has been on since 2011. Is there a valid case for government to argue for the increase in tax revenue especially seeing the huge shortfall being budgeted revenue and an actual collection? Yes! Is there also a valid case of apathy by Nigerians that they are being over-taxed especially on the back of recent plans to increase the VAT by 50% from 5% to 7.5%? Yes!

So let the real debate begin.