Do you have an exit plan? 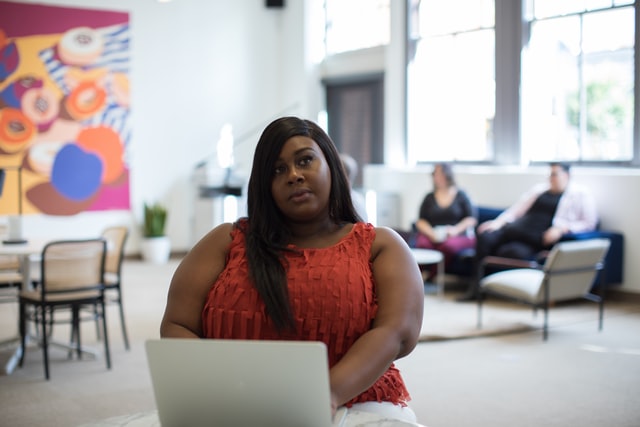 Allow me to set the scene for this article by recounting a true story that happened to a couple I know some years ago. Both husband and wife worked with two different “new generation” banks. They had a middle-class income and lived a middle-class lifestyle. Somewhere along the line, after a certain CBN Governor started his banking reforms, the wife lost her job because of massive retrenchment by her bank. She was disappointed, but not devastated. At least the husband still had his job, and his income could sustain their lifestyle. Two weeks after she was sacked, her husband got to his office and realized he could no longer log into his office computer. His appointment with his employer as well had been terminated. Both husband and wife had, within the space of two weeks, lost their jobs. The question for those of us who knew the guy was not how he would survive, it was “Who was going to tell the wife”. Their case was particularly worse because, like many, their middle-class lifestyle was financed by debt. They had taken loans to consume, and the ones taken for investment were margin loans invested in the capital market that went bust. The shares bought with it were useless and they were stuck with the loans. They basically left their jobs penniless.

If this story above was fiction, it would have been understandable. But it was a true story and I’m pretty sure that there were many cases out there that are probably worse than this. One of the biggest misconceptions of employment is the concept of “Job Security”. It is a Myth. Job security is a symbolic term that bears no relevance to reality. You are employed in that organization today only because of two things. 1) That you are still relevant to the bottom line. And 2) that the organization is still relevant. Your employment status is dependent on the continued relevance of the organization. If the organization somehow ceases to be a “going concern”, then your job is no longer secure.

The employees of Enron and Leyman Brothers thought they had the best job in the world. Enron was reputed to be “The second biggest company in the World” and I’m pretty sure the employees must have felt they had the job of a lifetime. Come Oct 2001, a series of events started unfolding that didn’t just lead to the company filing for bankruptcy, but also to staff losing their jobs and life pensions as well. Job security is only a myth that resides in the minds of employees that are not prepared to consider any other possibility. For over 25 years, I have worked in the corporate environment, 15 of which has been in top management positions. I have been privy to conversations at top management levels organizing the termination of appointments of staff (at all levels) who hitherto thought their jobs was safe and secure. It's time you start to face the reality that if you are an employee and your organization is managed by people with flesh and blood, then your job is only as secure as you are relevant to that organization and that is even to the extent that the organization is relevant to continue in business.

This is why, against what comes naturally to you, it is good to start planning for the possibility of a voluntary or involuntary exit from your job as an employee. As an employee, your ultimate motivation must be to one day be an employer of labour yourself. This presupposes that you are focused on an exit date in the near or distant future. Even if you do not plan this, labour laws and your employment contract already spell out when you MUST exit the organization whether you like it or not. The more reason it is very much in order for you to start planning for your exit. Better voluntary than involuntary. Below are a few points to help you with your exit plan.

1.     Start an emergency fund – Start setting aside a part of your annual income for emergencies. An involuntary job loss is an emergency. The key here is to ensure that the fund is kept in a place that is not easily accessible to you. By not easily accessible, I mean something you cannot draw within 24 hours. If you have a cooperative society at work, it is a good place to start. Join the society and instruct HR to deduct a certain amount from your payroll monthly. In all likelihood, you would not be able to have access to those funds until you leave the organization.

2.     Have multiple streams of Income – The advice here is to try to do something by the side. Do not rely absolutely on your employee income. There are loads of creative things you can do that can earn you extra income. Remember, your employer only owns your time 8am–5pm on weekdays. Any time after that and on weekends belongs to you. Make good use of it. As long as there is no conflict of interest with your current job, you can always start a business venture or provide a service that can earn you additional income by the side. In the unfortunate case of an exit, you will be well capable of bouncing back quickly. A banker friend who lost his job was quickly able to find his feet because, while as an employee, he had started a haulage business that was bringing in a reasonable sum monthly.

3.    Start creating Value and exchange it for Money – Money is the exchange of Value. It is not the absence of money that makes a man poor, it is the absence of value. So dedicate your time to creating value and you will be able to exchange it for money. In 2012, I was speaking at a finance seminar in Jo’Burg on the topic “Wealth Creation Strategies”. I remember telling the audience – “Many of you are going to buy my book “Honey, is it in the budget?” before leaving this event… Guess where the money would go to?” My Bank Account” Why? Because the book I wrote is valuable and by selling it, I am exchanging it for cash. There are many out there that can write books. If you can tweet, you can write. There are blogs looking every day for writers and content. Some are even willing to pay you for it. One of the bestselling blockbuster books is a cooking book called “Joy of Cooking” written in 1931 by a woman (Irma Rombauer) who was struggling emotionally and financially after her husband's suicide the previous year. Today the book has sold more than 18 million copies, but not many know that it was initially privately published before it became a best seller. In today’s world, you don’t need the approval of a publisher to go to print. Your Twitter account alone could be worth thousands of dollars.

4.     Limit your Employee Debt – One thing you don’t want to do at exit is to be owing your organization instead of them owing you. Usually, employees have access to company loans which come at cheaper rates or loans from banks, which is serviced by monthly deductions from Staff salaries and secured by severance wage. If you must borrow, ensure it is used for investment purposes rather than consumption. I have heard people say that borrowing from your organization is one way of securing your employment since your employer will want to recoup its money. It’s a fallacy. Your organization has the means to wrestle their money from you through legal means than you can imagine.

5.     Stay Relevant – It is better to negotiate your way out of the organization than to be asked to go unprepared. To do that, you need to stay relevant. That means you MUST, as a staff, increase production. If what you are doing now is what you used to do 4 years ago, then I’m sorry, you are beginning to lose relevance. Have you added additional responsibility, increased your workload, put in longer hours or made more sales? If not, start doing that now and validate your importance to your organization. One major justification for job promotion is to show how, given present tools, resources and remuneration, you have been able to achieve much more than previously done.

Let me conclude by saying this. Having an exit plan is kind of like having insurance. There are no guarantees, but you are mentally, psychologically and financially prepared for any eventuality. There is nothing like Job Security. If you have been sold that dream by your organization, wake up and smell the coffee.  Start planning today how to transition from being an employee to an employer. Put yourself in the driving seat of negotiating the time and nature of your exit rather than outsourcing that to your employer.